I created this Knit Truvada pill, titled “Knit PrEP”, to raise awareness about PrEP (Pre-Exposure Prophylaxes), a daily regimen that can greatly reduce a person’s chances of contracting HIV. According to the CDC, “When taken consistently, PrEP has been shown to reduce the risk of HIV infection in people who are at high risk by up to 92%.” Taking PrEP faithfully, combined with following up with your doctor every three months, is a powerful new tool in HIV prevention. You can learn more about PrEP here at www.prepfacts.org. 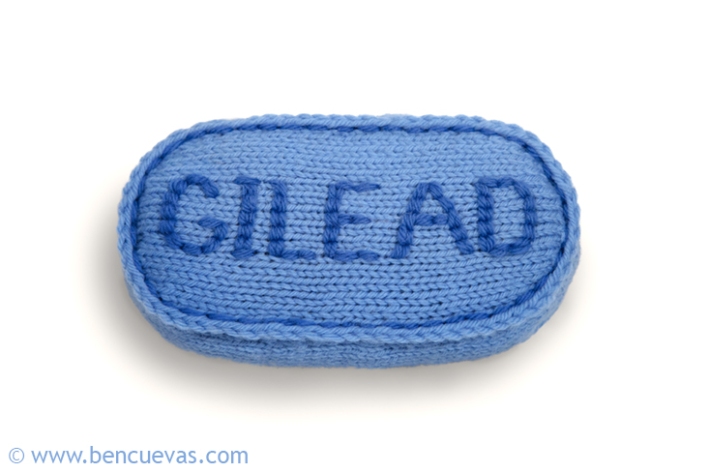 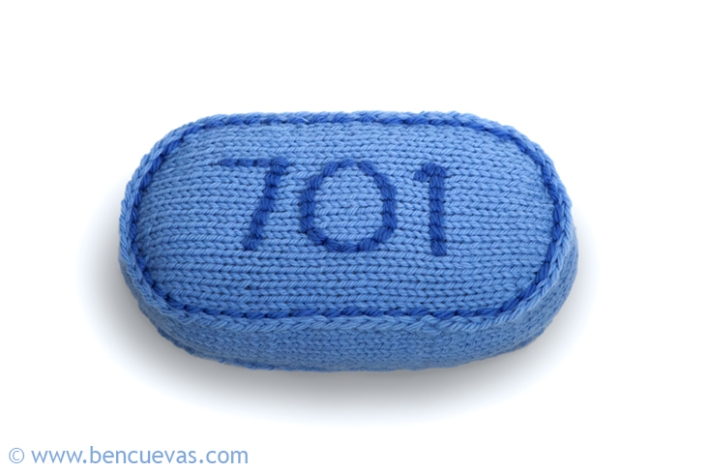 “Knit PrEP” is featured in Visual AIDS’s Play Smart V series of trading cards intended to raise awareness around safer sex practices and harm reduction. This series was designed and curated by John Chaich, and grew out of the Queer Threads exhibition at the Leslie Lohman Museum. As a male-bodied, gender-queer, HIV positive artist, it is an honor to be a member of an organization like Visual AIDS, which allows me to put my politics into action, spreading awareness of HIV, safer sex practices, and sex-positivity through my art. Check out the full Play Smart trading card series, and click here to find out more about all the wonderfully talented artists involved in the project. 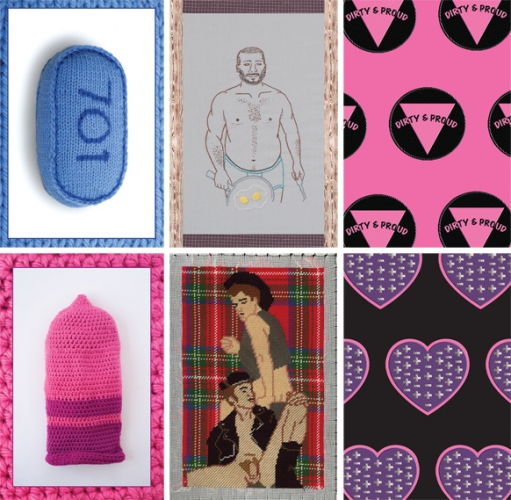 Ben Cuevas is a Los Angeles based interdisciplinary artist whose work spans a wide range of mediums including installation, sculpture, fiber, photography, video, performance, and sound. Often incorporating several of these elements into any given piece, he makes use of digital media as a means of documentation. In light of its pluralistic qualities, he sees his work as a reflection on the condition of embodiment, exploring what it means to have a body, to inhabit a body, to be a body incarnated in, and interacting with this world.
View all posts by Ben Cuevas →